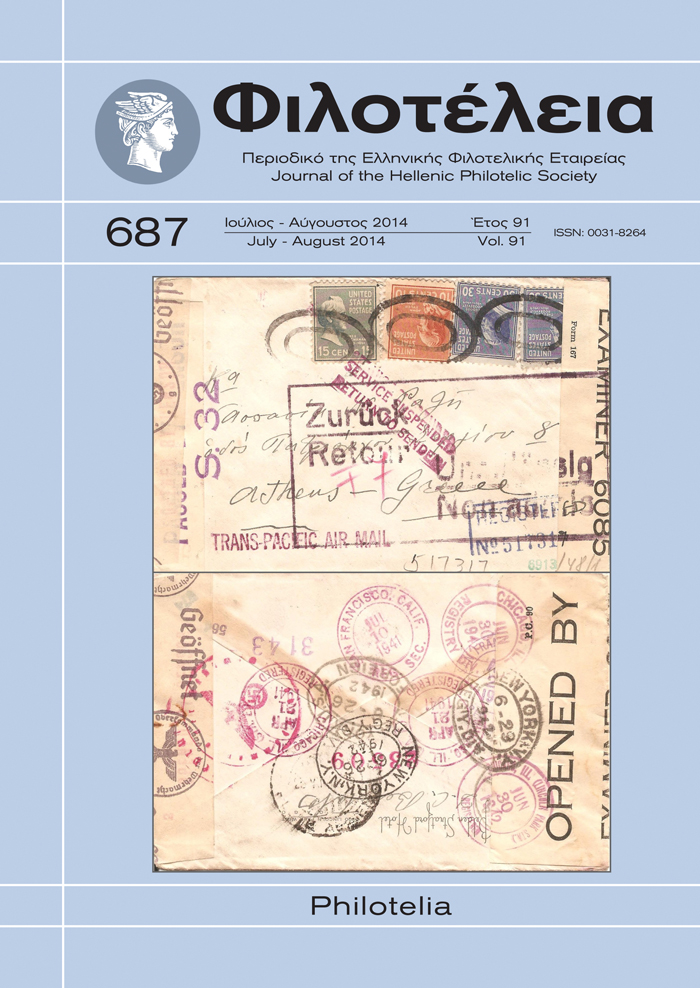 A few months after the Greek Olymphilex, in 2005 (no. 634), this column first referred to the setup of a big international exhibition in Greece. It reproduced N. Asimakopulos’ proposal which was published in the HPSA News Bulletin and asked for a world exhibition in order to commemorate the 150th anniversary in 2011.

In 2007 (no. 643), the column reminded us that an elaborate budget was prepared and, in 2008 (no. 653), that a comprehensive dossier was presented to the Hellenic Post. During the following years, the world exhibition was scaled down to a European event and in the number that covered the 2011 festivities (no. 670) the column openly spoke out saying …what a monumental mistake it was to waste our forces during the last four years in a tremendous effort to co-operate with the issuing authority…

In the meantime, we were hit by the economic crisis which brought along the well-known sky-high entry fees of international exhibitions. Twice in 2012 (nos. 672, 674) the column referred to the need of radical changes, proposing to step forward …bringing out our advantages of accumulated knowledge and experience. In last year’s final issue, immediately after the closure of Hellas-Cyprus 2013 (no. 683), the column asked impatiently of the appropriate exhibition space, assuring that …the set up of an international exhibition seems absolutely feasible.

It has been ten years(!) since N. Asimakopulos’ proposal. Fortunately enough, they were not wasted. A number of exhibitions went by, where several members of our team participated as organizers, exhibitors, visitors or judges. Today, the team is very well prepared, and they are pleased to announce and promise an unforgettable international exhibition in November 2015.