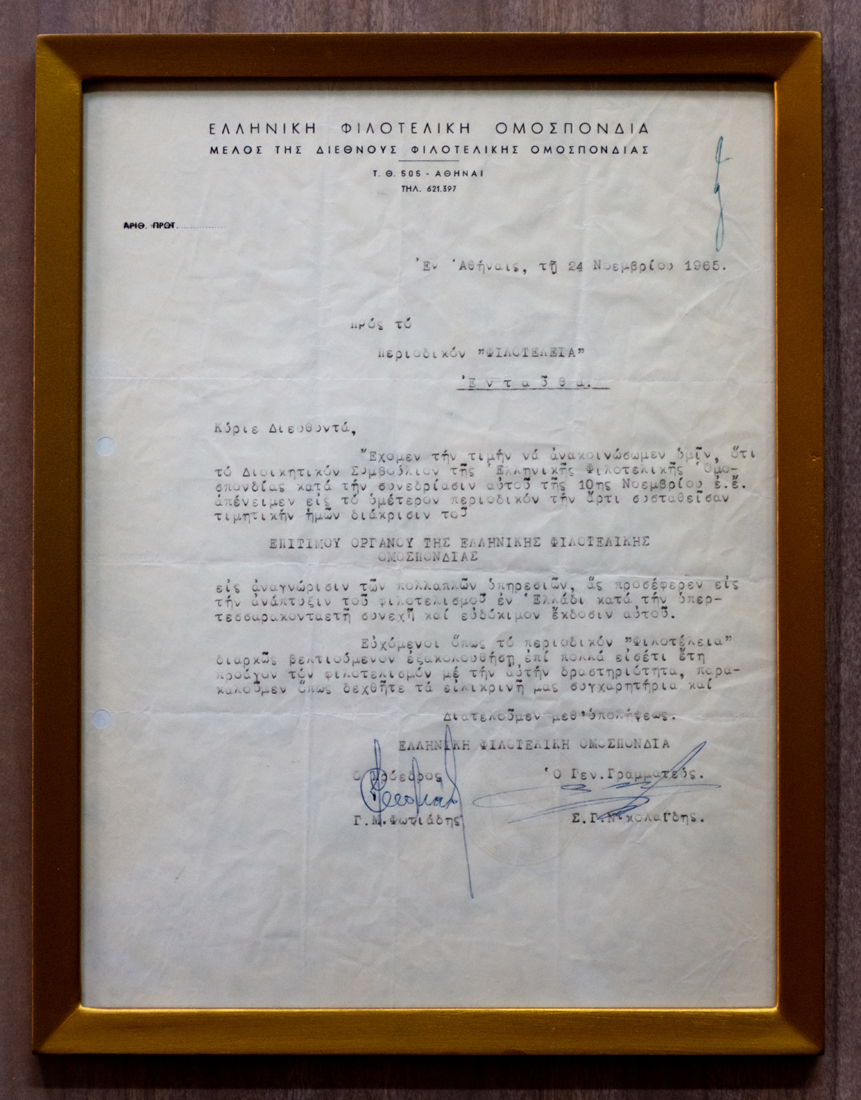 To the “Philotelia” journal,
Athens

in recognition of the multiple services, which it contributed to the promotion of philately in Greece during more than forty years of continuous and prosperous circulation.

Wishing that the “Philotelia” journal, continuously improving, to keep on promoting philately for many years to come, please accept our sincere congratulations.

Yours truly,
The Hellenic Philatelic Federation