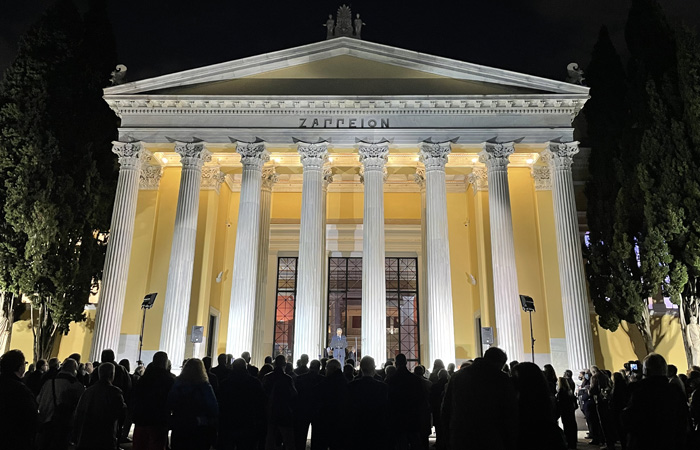 The Hellenic Philatelic Society (HPS) was established in 1925 and is the oldest and the biggest philatelic institution in the country with multifarious activities within Greece and abroad.
These are some of its achievements since its establishment:

1. With a Memorandum addressed to the Ministries of Communications, Finance and Education in 1925, the H.P.S. had suggested the policy which should dictate the rules for each new stamp issue, in a way that none could ever be characterised as speculative.

2. In 1926, the late Stephanos Macrymichalos (1902-1983) assigned to the HPS the bimonthly journal “Philotelia” he had established in 1924, which continues to be published ever since without interruption. This journal has bread many generations of Greek and foreign philatelists and has spread Hellenic philately internationally, with important studies and articles, the result being its recognition today as one of the best specialised philatelic magazines worldwide.

3. Another important publishing role played by the HPS is its “Philatelic Library” which, since 1957, numbers 61 monographies in Greek and English or French. These publications have created significant scientific interest to the foreign philatelic circles on Hellenic philately.

4. The HPS had proposed Bill no. 4581/1930 on forgeries, for the protection of collectors which was an international legal avant-garde text and an example for the rest of the FIP member countries.

5. An HPS working group compiled the entries on “stamp” and “philately” in the Great Hellenic Encyclopaedia, the Encyclopaedic Lexikon and the Helios (=Sun) Encyclopaedia and managed to attribute and establish in the Greek language foreign philatelic terms, such as philately and its derivatives, watermark, tête-bêche etc.

6. With its recommendations in 1931, the stock of the old stamps kept by the Ministry of Finance were incinerated, except from certain sets safeguarded for the Postal and Philatelic Museum, when the time would come for its foundation. With this action the confidence of the international philatelic community on the value of the Greek stamps was established and, consequently, same could never be possible to be thrown in the market (as it had happened in the past), draining the State Revenue and discrediting the Hellenic State.

7. It has published, in Greek and French, two volumes of a monumental work dealing with the classical Greek issues (Large, Small Hermes Heads etc) “Study on the Greek stamp” (1933 and 1937).

8. In 1966, the HPS organised for the first time in Greece a national philatelic exhibition under the name FEGE ’66, with the participation of foreign collectors with collections of Greek philatelic interest from 12 countries, which had international impact and was the forerunner of the HPS international exhibitions.

9. In 1975, the HPS was honoured by the Academy of Athens for the Society’s scientific work.

10. For its philatelic work, the HPS was honoured by the Hellenic Philatelic Federation in 1981.

11. In 1984, the HPS organised the largest national philatelic exhibition ever held to that day in the country under the name EFE HELLAS ’84, with the participation of collectors from 13 countries.

12. For the success of HELLAS exhibition, the Hermes Club was established. Members of the Club are friends and members of the HPS, Greeks and foreigners, the target being the financial support of the exhibitions organised by the HPS.

13. The HPS established in 1984 the “Hellenic Philatelic Society Medal”, an annual honorary distinction in the form of a silver medal, awarded at a special ceremony every five years, acknowledging the services and thus offering a moral reward to individuals or institutions with notable philatelic activities.

14. Ιn 1984 too and in honour of the journal’s founder, the HPS established the annual “Stephanos Macrymichalos Award” for the best article published in “Philotelia” the preceding year.

15. In 1984 the Municipality of Athens awarded the HPS for its cultural work.

16. In 1999, on the occasion of the 75th anniversary festivities of the journal “Philotelia”, and in co-operation with the Benetatos Cultural Centre of Psychico Municipality, the HPS organized a philatelic presentation with collections of its members under the title “The postal communications and the historical conjucture in the Helladic area: Philately as a supplementary interpretative implement”.

17. In June 2001, the HPS went online: www.hps.gr in Greek and English. Today, the HPS website is the international reference on Hellenic philately.

18. In 2000, HPS was honoured for its work by the European Philatelic Federation (FEPA).

19. In February 2002, in the HPS premises, a transmission in real time took place, via computer, video projector and screen, of the internet live auction of a stamp auction by David Feldman SA of Geneva. The guests were able to participate exactly as if they were present inside the auction room. The whole process was very successful, was considered a world first and was repeated quite a few times.

21. In October 2009, the HPS co-organised with the Scientific Association of Lavrion the National Exhibition Lavrion 2009 with the participation of exhibitors from 11 countries.

23. In October 2011, the HPS celebrated the 150th anniversary of the first Greek stamp, by organising the Athens Symposium on the Large Hermes Heads.

25. In June 2013, the European Philatelic Academy published its annual volume “Opus” dedicated this time to the Hellenic philately. 22 articles out of 23 were original research of the HPS members.

26. In the autumn of 2013, the HPS organised the National Exhibition Greece-Cyprus 2013. The exhibition was hosted at the Athens Cyprus Embassy’s premises with the participation of exhibitors from 3 countries. 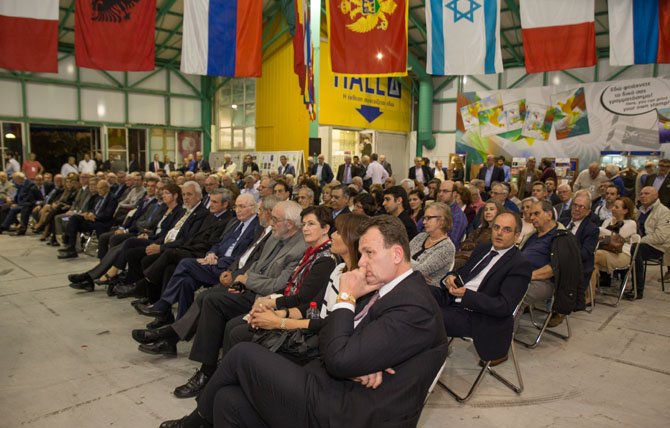 The prestige of the HPS as the oldest and biggest philatelic society of the country gave the opportunity to the State to seek for its services in establishing the State’s philatelic policy.

– Since its establishment and up until a few years ago, an HPS representative participated in the Advisory Board of the Ministry of Transportation (later Hellenic Post) for the new issues of the Greek stamps.

– The HPS had represented Greece in the FIP up until the founding of the Hellenic Philatelic Federation in 1947, following an invitation of the FIP, of which the HPS is a founding member.

– The national broadcasting system had occasionally provided air time for philatelic programs which were prepared under the supervision of the HPS.

– HPS activities have drastically contributed to the foundation of Hellenic philatelic societies in New York (1942), Great Britain (1960), The Netherlands (1966), Chicago (1968), Germany (1976) Melbourne (1978) Canada (1981) and Washington (1986). These active philatelic organisations with many members Greeks and foreigners, have published five philatelic magazines dedicated to Hellenic philately and study of the Greek stamp.

– The HPS significant publications, the foundation of the Study Circle and working groups and its activities in general, which includes international symposia, papers and philatelic lessons have in fact transformed the Society to a research and at the same time educational philatelic centre.

– The contribution of the HPS members was decisive in the staging of the most Panhellenic philatelic exhibitions, the two regionals Balkanfila in 1979 and 1989 and the two internationals Athens 1896-1996 and Olymphilex 2004.

– The confidence inspired by the Hellenic Philatelic Society with its activities and knowledge provides the opportunity to help efficiently with expertisation not only to its members but also to those who wish to disperse their collections by public auctions.

– The HPS has been awarded for its publishing work so far by more than 100 medals and diplomas in international exhibitions.

– The HPS maintains the richest philatelic library in Greece.

– The HPS today houses its activities in own premises in central Athens. The ownership and expansion of the premises is attributed to its members’ donations.