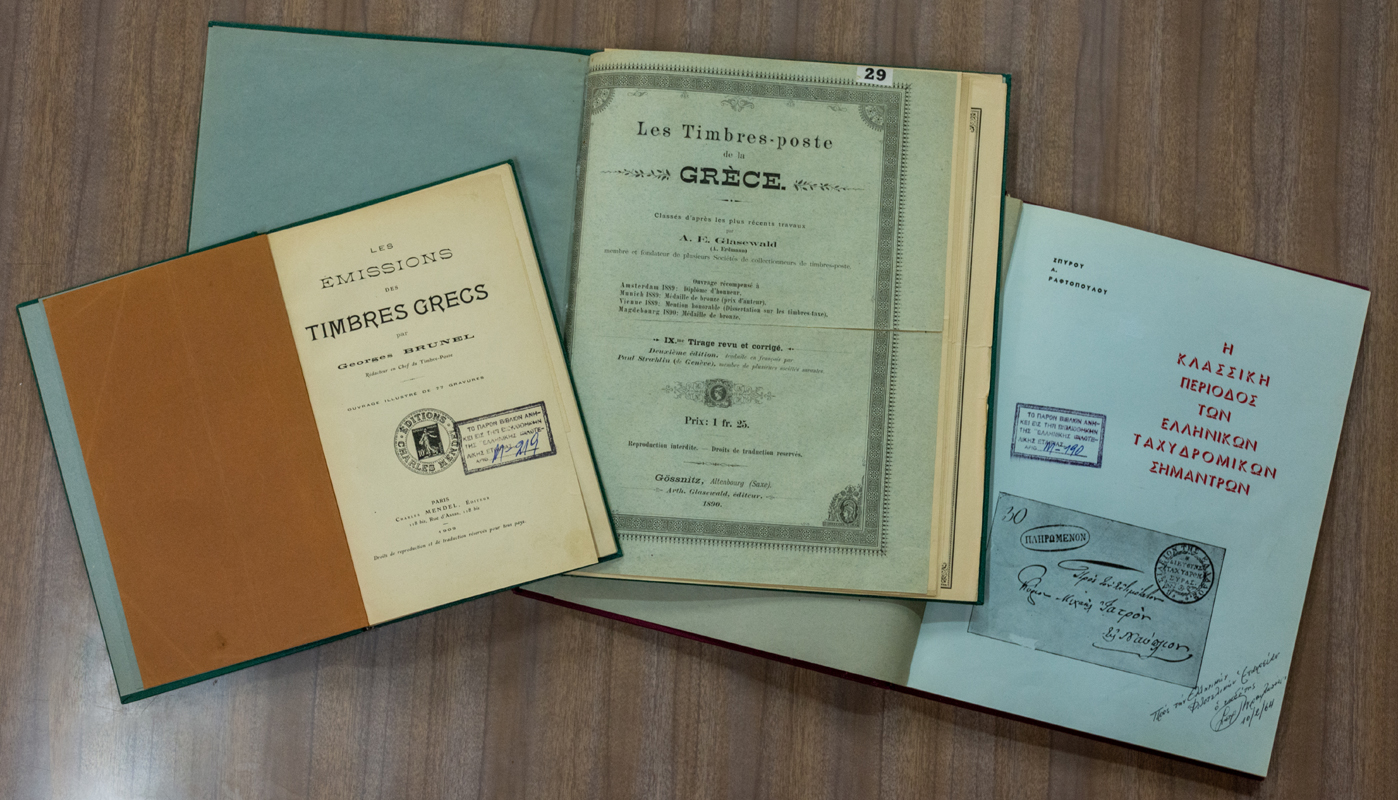 It is the largest philatelic library in Greece, with a plethora of titles, which have not been electronically recorded yet. It is continuously enriched with new books, periodicals, catalogues, after selective purchasing or exchange. It includes the philatelic libraries of George Photiades, Pandelis Drossos, Vassilis Arapoyiannis, Aris Papadopoulos and Anthony Virvilis.

Philatelic sections in other libraries, except of course the National Library, one can find in the Library of the Parliament and in Gennadios Library.

Classification of the material:

2. Hellenic Post Office publications, referring to legislation and circulars for internal use.

4. Stamp catalogues, general and specialised, for Greek and foreign stamps.

7. Auction catalogues published by Greek and foreign Houses with emphasis to auctions with Greek material.

10. Archive of copies of exhibited and awarded collections.