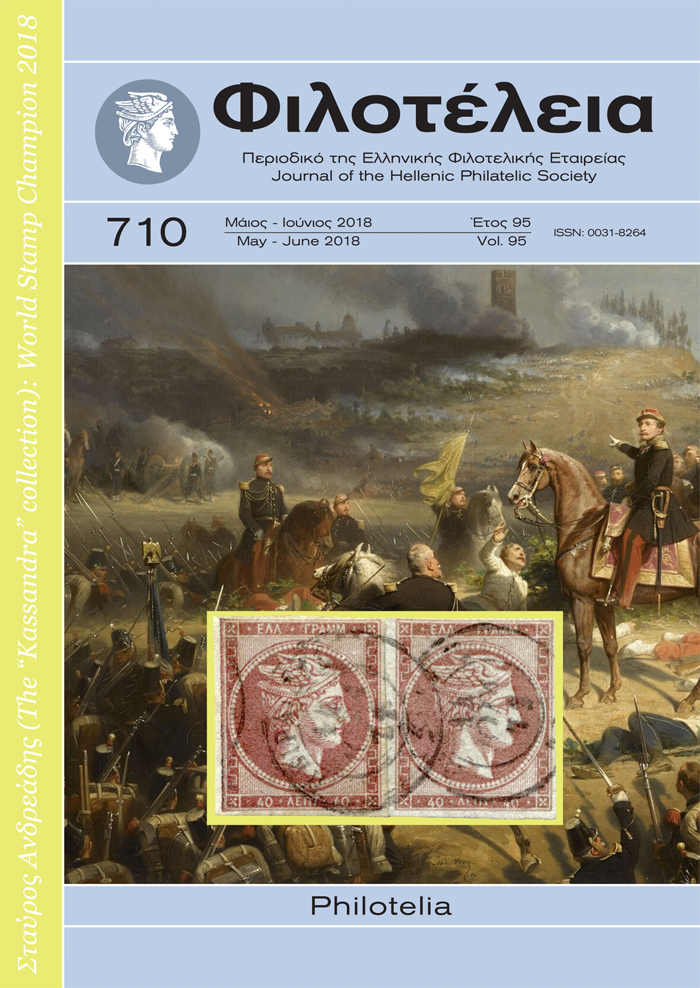 “The Battle of Solferino, the modern battle this time, was repeated in Israel”, George Goufas said smiling, when we were discussing the design of the cover page of the journal a few days ago. He was absolutely right! Back then, in 1859, it was a fierce battle. Napoleon III, Emperor of France, and Victor Emmanuel II, King of Sardinia, fought against Franz Joseph I, Emperor of Austria. Last May, in the World Exhibition in Israel, which was a great philatelic event, a symbolic “battle” took place, as is always the contest for the grand prizes, in that case the contest for the World Stamp Championship. Out of the 19 contenders, the judges would have to select one of the five finalists during the Palmares evening. Among them, Stavros Andreadis seemed to be ready for the modern battle of Solferino.

The reconstitution of the Solferino pair, positions 91 and 92, which Neoklis Zafeirakopoulos had observed and announced back in 2002 (see Philotelia No. 612), was presented to the public for the first time in this exhibition. This particular pair reflects more than twice the reputation and the importance of the most precious Greek postage stamp, since it also incorporates the effectiveness of a long-term and multi-faceted research regarding the first Greek issue. It is safe to assume that this unique pair gave and won the modern battle of Solferino. Not by itself, of course, but with the also unique and well-known copy on fragment, plus the fourth copy of this famous colour variety, coupled with dozens of other incredible and unique objects of the “Kassandra” collection, they won 18 out of 24 judges’ votes, and of course the World Stamp Championship title.