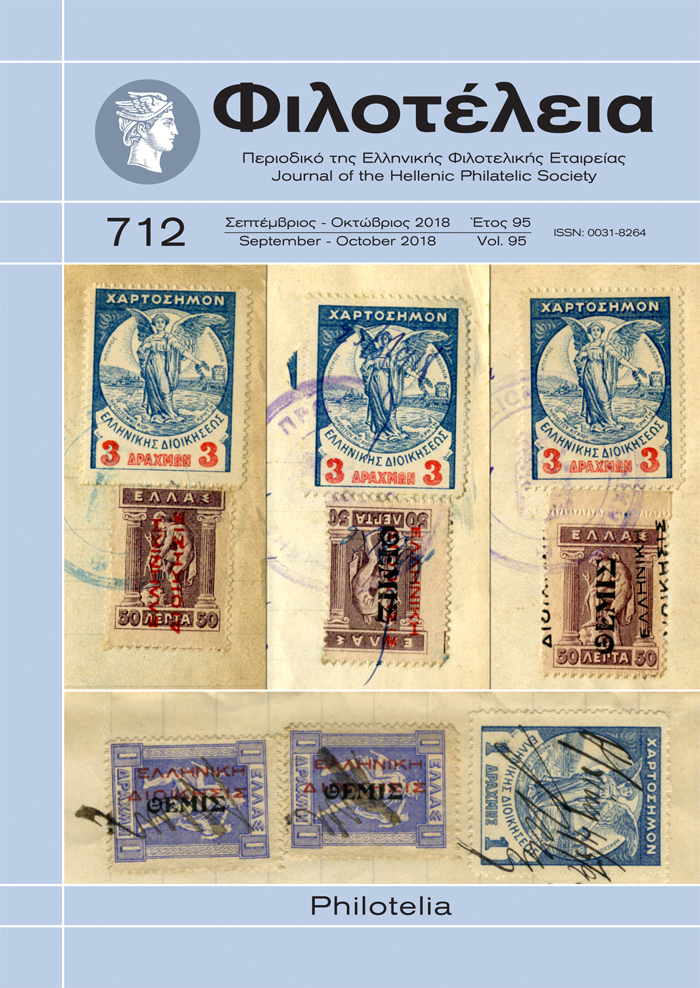 Suddenly, during the past couple of months, a hurricane stormed through the Hellenic Post.
(a) Two different stamp issuing programs: One passes through the Advisory Board and the other does not: Zero transparency
(b) A discussion on whether or not a special personal stamp is a postage stamp, when on the other hand it is accepted to pay for the postal rate: Absurdity
(c) Released stamp quantities close to absolutely zero (5,000 Animasyros, 2,500 National Research Foundation): Risk of speculation

In addition to the fact that for a long-long time, every logical threshold has been blown away; for example:
(a) The maximum number of (say) 10 stamp sets per year, in order to match the philatelic decency of a country of the size of our own.
(b) The celebration of anniversaries only at 25, 50, 100, 200 etc. years (compare this to: 83 (!) years for the Thessaloniki International Fair; 30 (!) years for the Special Disaster Response Unit; 190 (!) years for the Hellenic Post).
(c) The number of stamps per set (e.g.: four stamps (!) for the World Bee Day, four stamps (!) for the Hellenic Army Academy, etc.).

And when quite unfortunately:
(a) The destruction of stocks in regular intervals has been totally overlooked (latest official communication by the Philatelic Bureau in 2012 for the stamps issued in 2007-2010).
(b) The “Philatelic Code of Ethics for the use of UPU member countries” is systematically violated (e.g. 2008-2017 the superfluous Mount Athos issues, now the very small quantities of the Special Personal Stamps).
(c) The Regulations on Postage Stamps has been looked for in vain, it is actually nowhere to be found (at least since this outrageous story in 2013 of the first IFG issue).

While in the meantime, we constantly give in to stamp issues, dictated to us directly or indirectly by the powerful political offices of all shapes and colours.