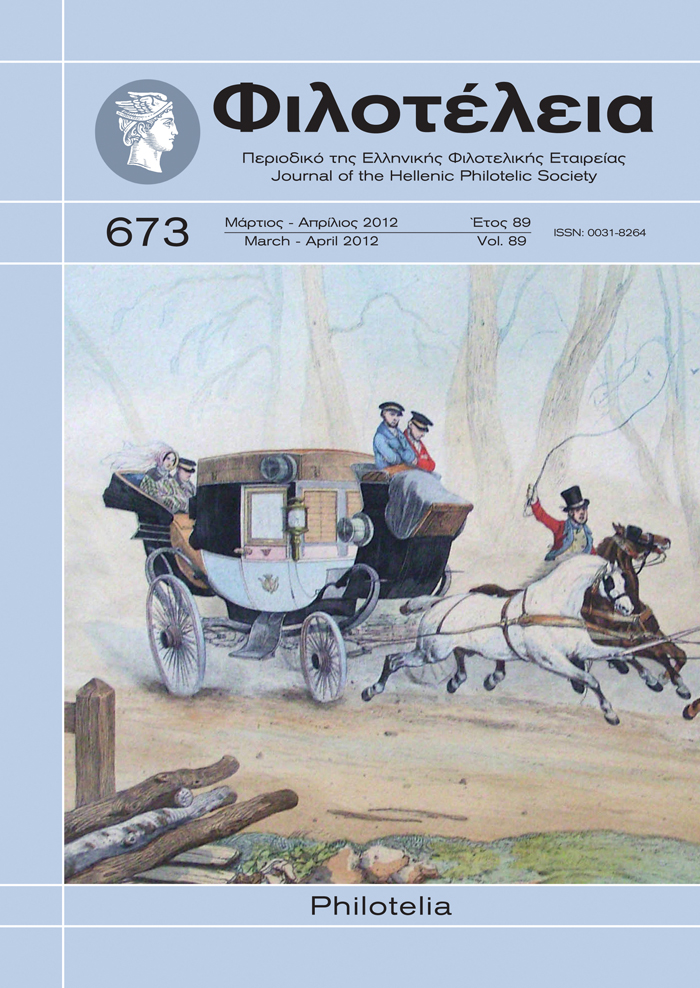 The small talk is once again about technology and its amazing leaps which are hard to understand. For this kind of technology, which a few years back was that of the personal computer alone, a little by little became that of the internet, and, very quickly, it became the technology of the cell phone, the wi-fi, iphone, ipad, sms, mms, e-book, facebook, twitter and, who knows, of what else in the future.

As far as we are concerned in the HPS, the usefulness of technology knocked our door as early as the end of the 1980s, when the “Utopia” program was seriously set out, in order to create a large database of articles of Hellenic philatelic interest. Since then, and in many instances, this particular usefulness took shape with our presence on the web, the digital edition of Philotelia etc.

Today, tens of millions of citizens across the globe enjoy the miracles of the social networks over the internet. We thought it might be useful for the HPS to attempt to participate in one of these networks, the Twitter, in order to publicize the Society, especially among the philatelists outside Greece. During the past six months, the HPS has already tweeted more than one hundred messages and the response is quite satisfying.

The exceptional feature of a tweet is its limited size: two lines, or 140 characters, i.e. just enough for the eye to catch it in a fraction of a second. However, it still is nothing more than a drop in the ocean; in a real ocean of messages counting tens of thousands of similar drops every minute. For our tweets to be noticed, we have to get stronger, which means to register “Followers” and, apparently, the more the Followers, the better.