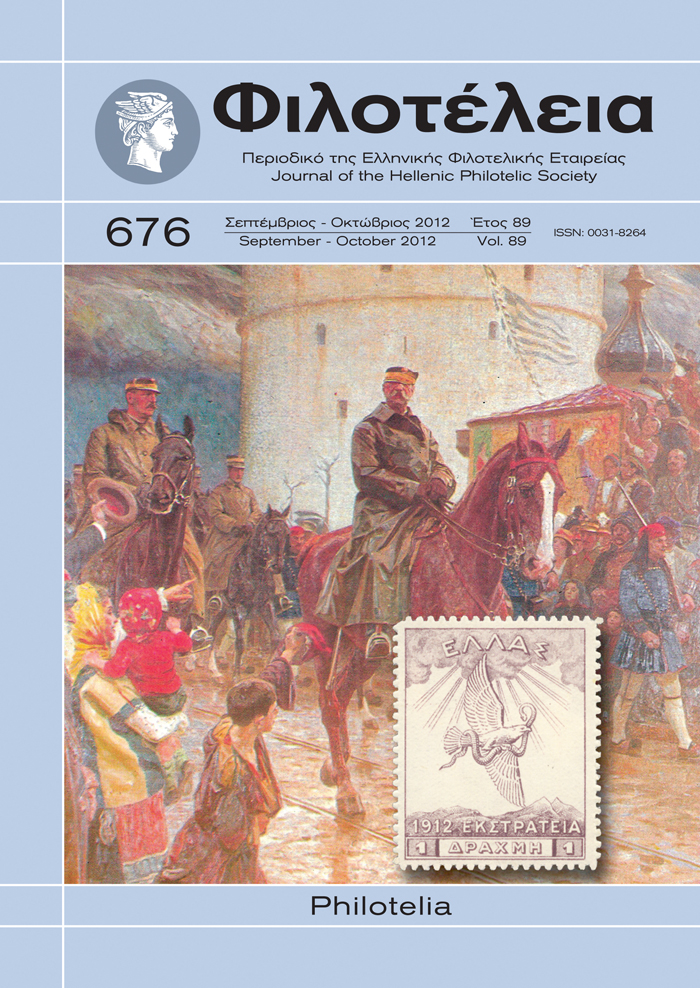 The event in the Old Parliament building in Athens with the participation of the Hellenic Philatelic Society and the exhibition in the Museum of Byzantine Culture in Thessaloniki where members and friends took part were two very important instances this autumn, in which philately had the opportunity to get acquainted with the public. In the case of the exhibition in Thessaloniki, in particular, the treatment of the philatelic material with the museologist’s tools produced a stunning result. In both cases it was a historical affair, citing the multifold anniversary of 1912, it was therefore only natural for philately to be represented by items of postal history.

Fortunately, postal history is not based on the inevitable subjectivity of an eyewitness, the naivety or the ambition of a young reporter or the potential self-interest of a civil servant in ordered service. It has also nothing to do with the propaganda needs of a certain regime or the high revenue targets of a certain media. It is based, instead, on objects that have travelled, that have been marked by the time and location of their dispatch and destination, perhaps indicating their route, the means of their journey, if postage was prepaid or not, whether subjected to inspection by the authorities etc. Therefore, it might be said that these objects are traces still undamaged in the historical timeline.

We are lucky because these particular footprints are very delicately dealt with by the Greek team of postal history researchers, where opinions and conclusions are cautiously produced. Taking into account the unfortunate incident during the Old Parliament event, I might add that the high research level of this team makes us two times lucky.