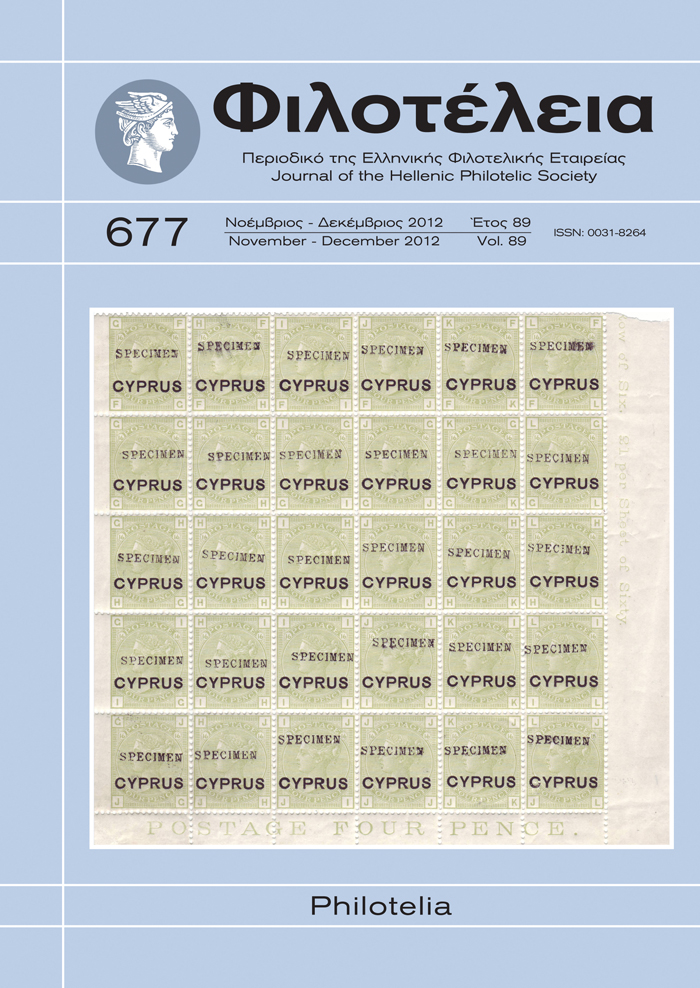 At the down of 2013, we find themselves in a very pleasant and a quite productive period. The articles which will be published next October in the annual Opus volume, the one dedicated to Hellenic philately, are getting concluded.

The word “opus” is quite familiar. It is found in footnotes or endnotes as “op. cit.”, the abbreviation of “opus citatum” or “opere citato”, i.e. “work already mentioned”. The Latin word “opus” initially meant the work and then gradually implied the total work (magnum opus) or the teamwork (opera in plural). It is the title that the European Academy of Philately (Académie Européenne de Philatélie, AEP) chose to give to the annual volume it has published since 2001. Each volume usually contains more than twenty articles and since 2007 is dedicated to either a country (e.g. Spain in 2011, Russia in 2012) or a significant philatelic subject (Olympic Games in 2008, Colonies in 2010).

The Greek involvement in vol. 2013 was first discussed on 2 October 2011, when Henk Slabbinck, AEP President, had just presented Philotelia with the AEP Award. A few months later the Board of Directors gave their approval and thus the cooperation of Guy Coutant, the editor, and Anthony Virvilis, the project coordinator, started immediately. If all goes as planned, next October we shall get a small sample of the magnum opus of Hellenic philately printed out in the Opus of the European Academy.

The significant awards of the Greek philatelic writings, mostly represented by Philotelia, are the most reliable assurances for a successful publication and the subsequent promotion of Greek issues to exceptional recipients.