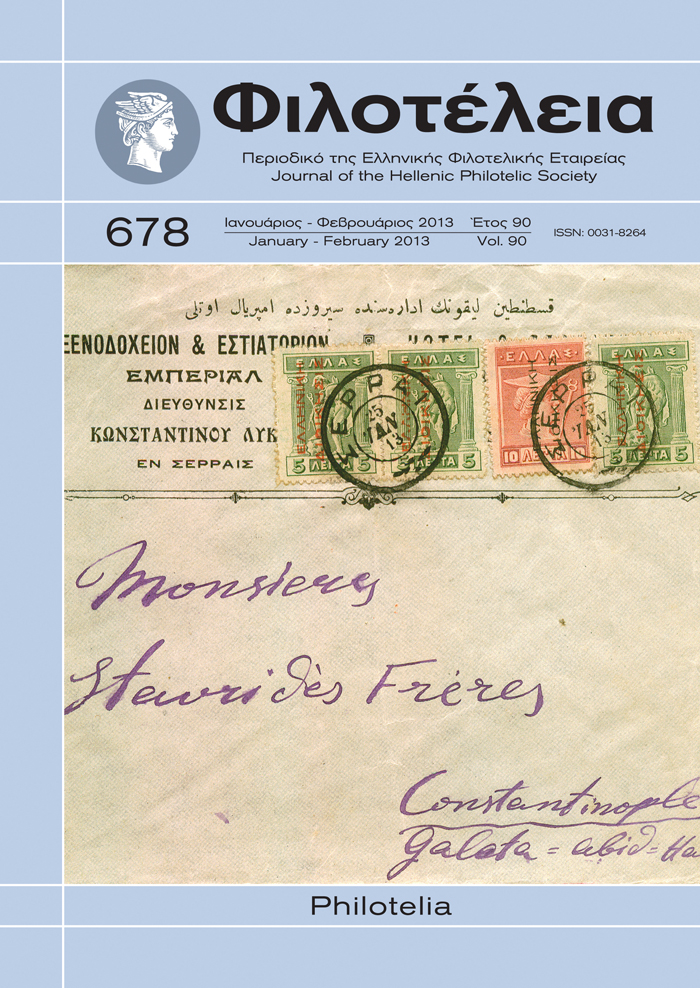 It is well known that the preservation of the valuable material, the legal formation of the Museum and, finally, its implementation by Nia and Andrea Stratos, donors of the premises, are due to the efforts and pressure of the organized philately as early as the pre-war days.

Unfortunately, till today, the Hellenic Post did not publicize this enormous artistic and cultural wealth, as any respective Museum all over the world does. They simply confined themselves to its safe-keeping. The only case where the Museum opened its doors to the public was the exhibition organized last year at Zappeion on the occasion of the 150th anniversary of the Greek stamp.

With the government’s intention to privatize the Hellenic Post, it was decided to form a special department under the Ministry of Development and Transportation. The reading of the relative Law and its articles provide us the right to be optimistic for the restoration of a modern research, study centre for the correct management and promotion of this cultural commodity.

In contrast to the past, the name “Philatelic and Postal Museum”, with the word “Philatelic” first, reflects a new approach to the institution. This is clearly shown in the setup of the Museum’s particular offices.

Organized philately hopes that the new scheme, with its proper implementation in due time, will exhibit in full the Hellenic philatelic and artistic wealth so far preserved, and offers voluntarily its specialized knowledge to the new responsible body.