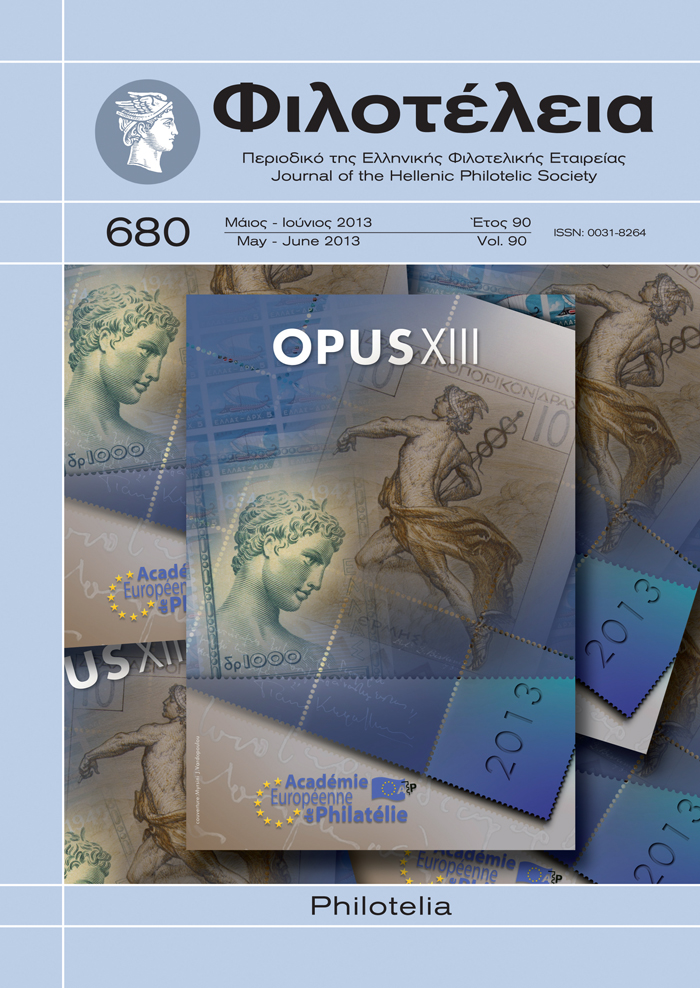 Three years after Patra and four after the unforgettable days of Lavrio, we shall have the chance next October to live once again a big philatelic feast during the national exhibition.

The abrupt landing at the new economic reality demanded to set up an event with a considerably lower budget, limited to the absolutely necessary; i.e. the exhibitors, the exhibits, the voluntary work of the organizers and, most importantly, exhibition premises which would have been offered at no cost.

The positive response for the premises came from the hospitable “House of Cyprus”. Just before the final discussions were over, the March events in the island were set off. The obvious solidarity between Greeks and Cypriots, the ownership of the exhibition premises, the good cooperation with the Cyprus Philatelic Society, perhaps all these together, but mostly in a symbolical sense, led quite naturally to the exhibition name: “Hellas-Cyprus 2013”.

Undoubtedly, the exhibition will set the pace in the new era. It has also the ambition to transmit this pace quite far away, well beyond our national boundaries. However, these are organization matters, not an issue for most of us. At the pure philatelic business, nothing is going to change. The richness of the exhibits will be expecting us and we shall all be there!