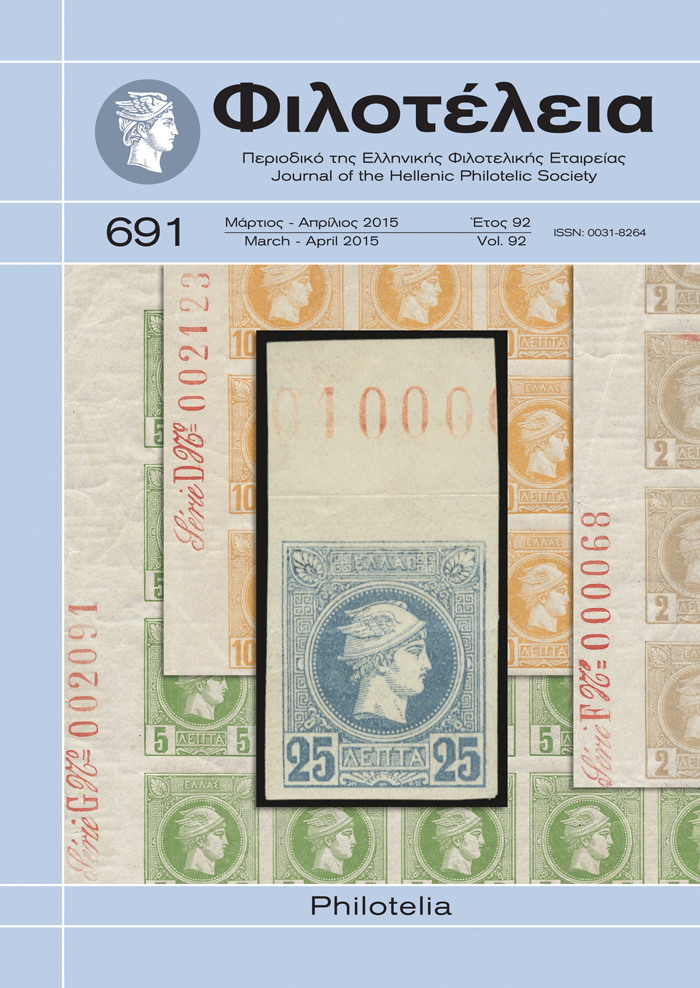 More than one hundred exhibits in Philatelic Literature, including books, catalogues and magazines, have already confirmed their participation in NOTOS 2015, the big international exhibition in November. These exhibits mainly originate from the European South, while some come from other countries outside “Notos”. This sizable accumulation was accomplished by a combination of the organizers’ exceptional choices:

(b) change of the usual requirement for two copies of each exhibit to just one, a particularly strong incentive for participation of large and expensive publications,

(d) equal promotion of Philatelic Literature in relation to the other exhibition classes, which is not always the case in major international exhibitions.

Particular emphasis therefore to Philatelic Literature that incorporates the progress of philatelic research and the dissemination of philatelic knowledge, in other words philately’s life-giving spring.