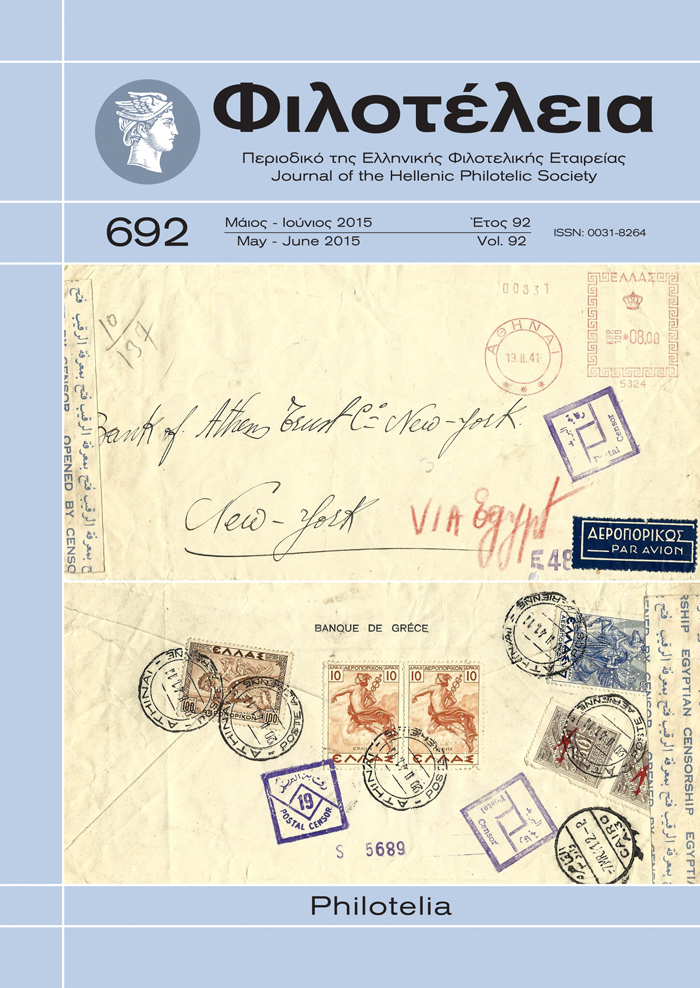 The doctoral thesis of Ms. Myrsini Vardopoulou, on the ideological and aesthetic approach of the Greek stamp, examined a number of interesting issues which, here in Greece, the philatelic researchers had looked at only occasionally or incompletely. Questions regarding the selection of themes and images, the selection of artists and printers, the relationship and/or the dependence on the contracting authority or even on the political power, visual forms, shape, size, face value, the expected response of the general public and many more are all primary aspects of philatelic research.

The new Doctor, a leading figure of the artistic bureau of the Hellenic Post for twenty years, combined most efficiently her artistic, analytical and philosophical concerns and gave us a highly authentic piece of work, a jewel in every philatelic library. Our wish is for this work to trigger old and new scholars alike. Additionally, if the period under study is not limited to the first century of the Greek stamp’s life, as it is the case in the thesis, but it is extended up to the present day, the general interest may be higher, since the material available for study is certainly in multiples.