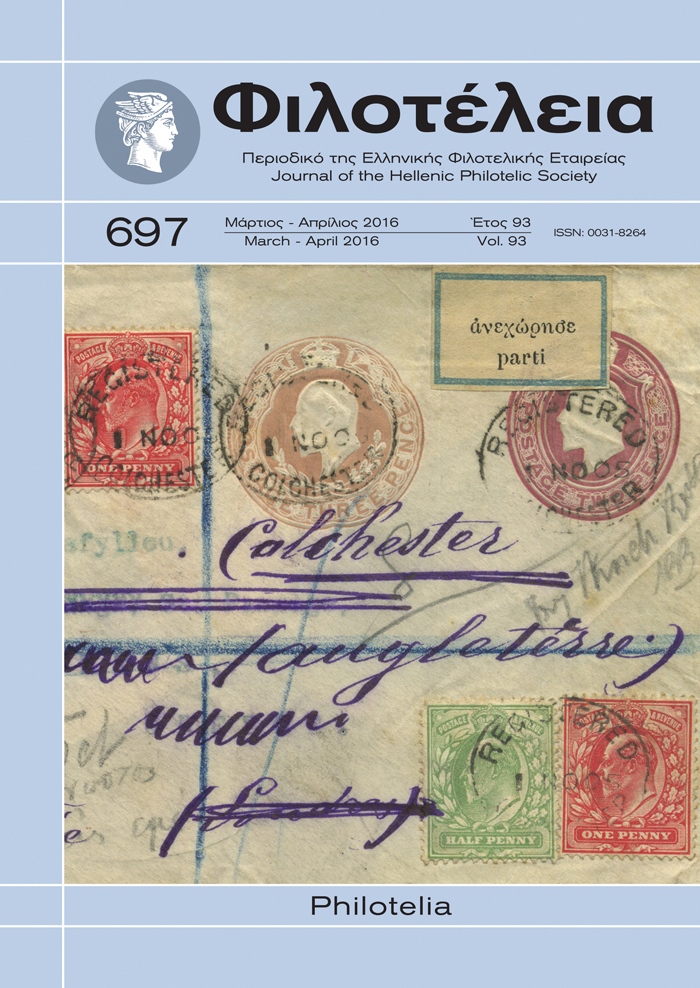 It has been quite a few years now that several National Philatelic Federations, among which the pioneers from far away Australia and New Zealand, as well as the closest Baltic countries, France and Germany, have included the class of postcards to their philatelic exhibitions. The European Federation decided to prepare and approve the first relevant regulations and to accept exhibitors in this class for the first time in the large European exhibition Finlandia 2017 to be held next May in Tampere.

In our country, it is generally accepted that many collectors of philatelic material are not indifferent in front of a postcard on their favorite topics. It also true that there is quite a remarkable group of postcard collectors with high-level collections, some of them we had in fact the chance to admire in NOTOS 2015 “Collectables”.

It is quite natural that every major advancement in the international regulations are treated initially with caution. In recent years, the Open Class was largely debated, but eventually prevailed. It was in 1992, when the classes of Revenues and Astrophilately and, in 1982, the classes of Postal Stationery and Maximaphily were approved. I am sure a lot of arguments were raised then as well. However, the bottom line is that philately is of great need for mobility, pluralism and sociability. Therefore, any such effort, as long as it adds new forces, without removing any of its traditional glamour, is obviously welcome.