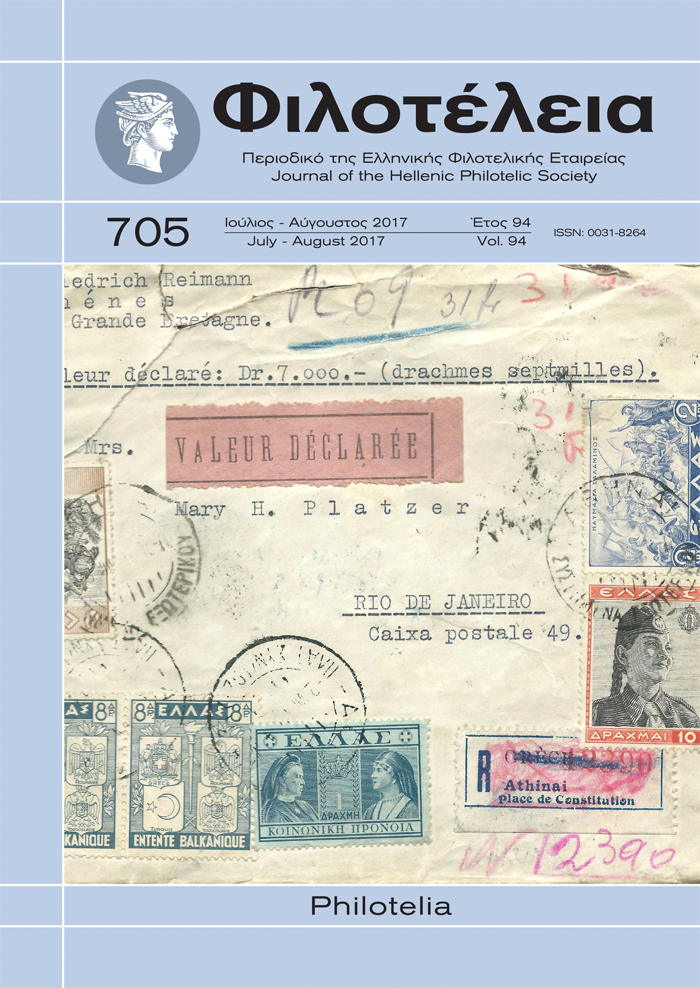 We have the pleasure to announce that in July Philotelia was completely scanned, from the very first number of 1924 until the last of 2001. Soon, this valuable archive, together with the numbers from 2002 until today, which are digitally stored as a common practice, will be accessible via the internet at a minimal price for the user. This valuable work of digitizing the older numbers was carried out gratis, in the premises of the Historical Archives of the National Bank of Greece by its experienced staff, on the initiative and under the supervision of the good friend of the Hellenic Philatelic Society and Head of the Archives, Gerassimos Notaras.

It’s quite some time now that the HPS publications are available in digital form. In 2006, the 2002-2005 Philotelia CDs were released and since then, every January, the new annual CD is produced. Similarly, in 2009, the fifth volume of Philotelia Indexes was released in digital form. A few weeks ago, the digital booklets of 2008, the digital first volume of the 1933 Study and the digital volume of Opus 2013 of the European Philatelic Academy, devoted to Greek philately, were also released. Four of the 2008 booklets, the Study and the Opus were out of print, their reprinting costs are high, so their availability in digital form was a necessity.

Digital publications seem to be constantly gaining ground at the expense of their printed twin brothers. The changes in our habits, mainly due to technology, are unpredictable. One thing is for certain though: they are overwhelming and we have to follow them closely.