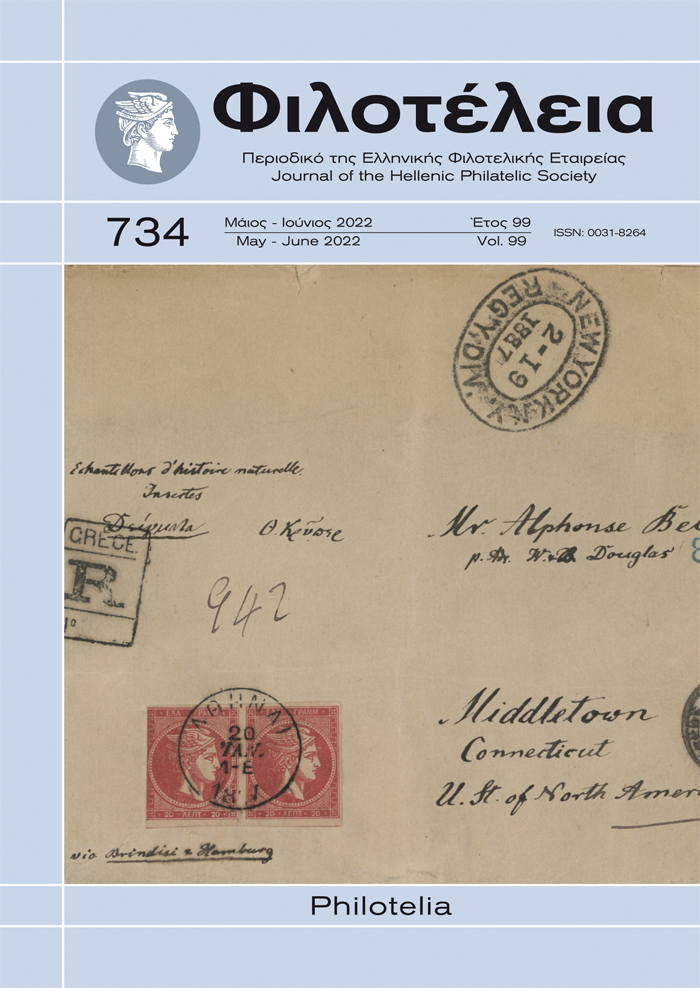 The announcement of the Philatelic Society of Agrinio came right on time. Exactly one year after NOTOS 2021 and for quite some time, a very active Society in Western Greece will become the reference point of Greek philately, by staging a series of philatelic events, including a large national exhibition, in celebration of the 50th anniversary of its founding in 1972.

The national exhibition in Agrinio invites exhibitors from all over Greece aiming to include exhibits of all classes and will be held under the patronage of the Hellenic Philatelic Federation. It is a great opportunity for senior philatelists to prepare new exhibits and for the younger to attempt the first big step. The Organising Committee consists of members of the Philatelic Society of Agrinio, who have been working systematically for a long time and most importantly with a lot of passion, in order to present an exemplary exhibition at home and welcome exhibitors and visitors next November.

On the occasion of the exhibition, initiatives have already been taken and a general mobilisation seems to have been up already. As an example, at the beginning of September, a series of seminars will be announced soon, in order to prepare exhibitors and familiarise them with exhibit evaluation issues.

Philatelic exhibitions are always a big celebration. A great opportunity to meet and spend a few days together, lost among those meaningless things that give us endless pleasure.