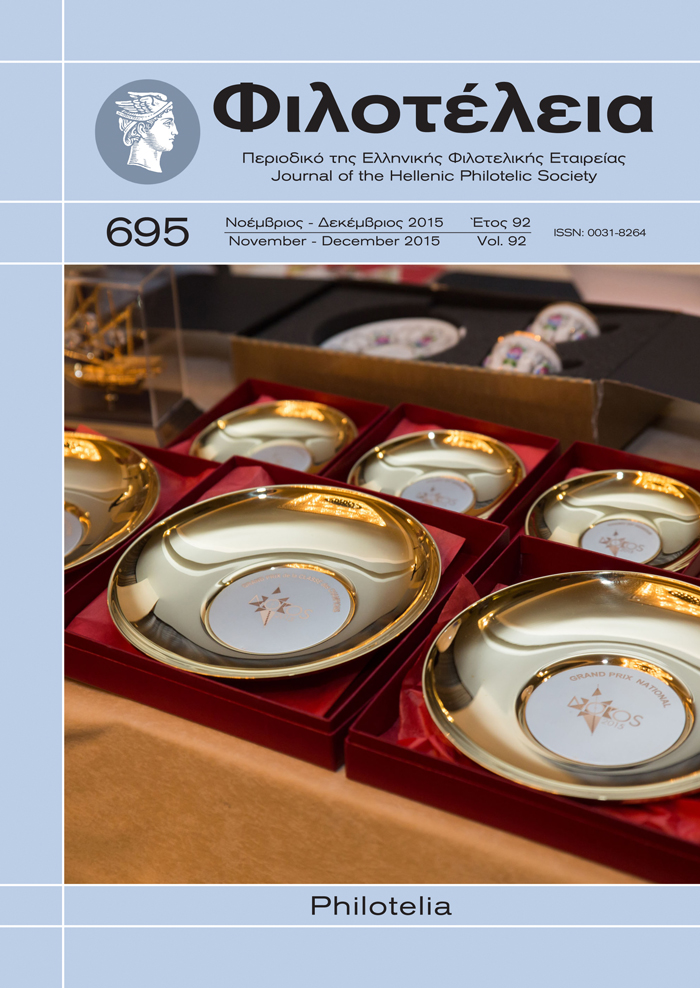 In a historic decision, the European Philatelic Federation (FEPA) decided to reduce the cost of its patronage by 50%, in cases where the exhibitor’s fees are less than 30 euro per frame. The relevant recommendation of the Board was unanimously accepted by the delegates of the annual Congress of the Federation held in Athens on 15 November, on the closing day of the International Philatelic Exhibition NOTOS 2015. This particular decision sums up the contribution of NOTOS 2015 on the future European exhibition agenda. It is the most official and appreciable recognition of the vision, the priorities, innovations and goals set out by the Organizing Committee since day one.

The initial mistrust of the philatelic community towards NOTOS 2015, fully justified at first given the international political climate, was gradually put on hold, subsequently reversed to a discreet support, and in the days of the exhibition it ended in enthusiastic reviews and endless congratulations. All that of course will be left behind, precious memories no doubt of yet another international exhibition, a major rendez-vous of many good friends from all corners of Europe.

However, the recent decision of the European Philatelic Federation will place its mark in history. It will practically support one of the objectives of NOTOS 2015 that “this type of exhibition should be able to repeat itself.” It will also emphasise that there is another Greece out there, which has nothing to do with that nasty profile, rather unfairly launched on the international political scene in recent years.