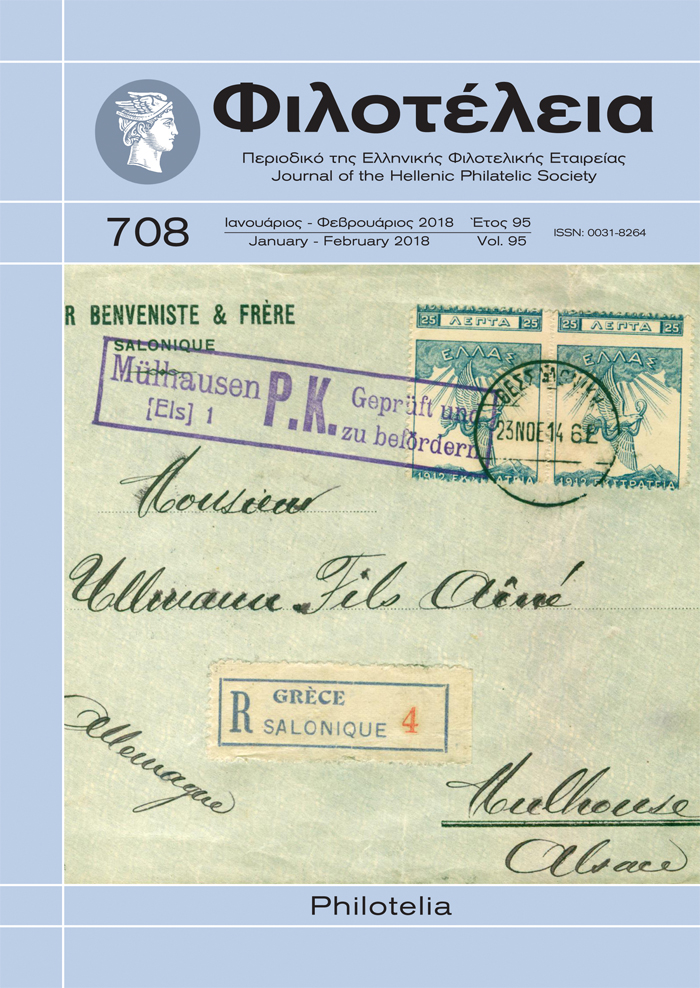 94 years of the HPS. In the first 47 years, five amendments were submitted: in 1929, 1933, 1938, 1947 and 1971. In the following 47, only one application for an amendment will be submitted, the one approved by this year’s General Assembly. The long delay can be interpreted in two different ways: (a) a weakness or a lack of manpower in getting the job done, or (b) an absolute sufficiency of the current statutes, hence no particular need for their modification.

Either way, the latest amendment is fact. The new text goes hand in hand with the era, has eliminated unnecessary ties with the past and turns to the future. Its main features that stand out are:

● The HPS is defined as a “scientific, cultural, non-profit organisation” and among its objectives it emphasises: “To study, research, preserve and promote Greek postage stamps and postal history throughout the Greek and the broader geographical sphere as aspects of Greek cultural heritage”.

● The discrimination between local or out-of-town or foreign members is abolished. All members are now completely equal, irrespective of their nationality, occupation or place of residence. In the future General Assemblies, members may be allowed to participate by mail vote or by electronic vote.

● The Twelve-member Administrative Council becomes a nine-member Council. Only four statutory positions are foreseen: President, Vice-President, Secretary, Financial Manager. The remaining five are determined by the Council, depending on the requirements at any given time. Video conference is also provided as a future option for its meetings.